S is for Strength 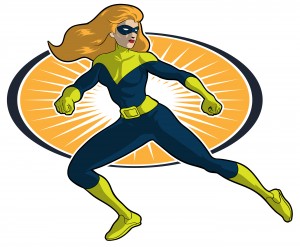 (This post is part of the “Blog Crawl of Self-Love” hosted by Molly Mahar of Stratejoy.  Find out more about The ABC’s of Self Love Blog Crawl + Treasure Hunt here.)

I waited a long time to have my first child, which according to many of the doctors I saw meant my age was counted in dog years.

“Mrs. Slim,” they said, “because you are of advanced maternal age we need to do some special tests.”

Despite my ancient status, I had a relatively healthy pregnancy. I endured the 9-month morning sickness that was legendary for the women in my family. I even flew back and forth between the Bay Area and Phoenix every single week of my pregnancy when I was finishing up a big consulting project. I waddled through the airport like a trooper, determined to not let a little thing like a gigantic stomach deter me from my work.

I wanted to have a natural birth. I was convinced that Mother Nature knew what she was doing when she wired us up to have babies. I also felt kind of cocky about my ability to handle pain and challenge.

I had been a hard-core martial artist for over ten years. I had my faced smashed into the floor during a sparring session by  large Brazilian men and had come up swinging. I had been knocked out by a kick to the face.  I had traveled alone in dangerous places.

Childbirth, I decided, would leverage my warrior tendencies.

When the time came, labor started relatively gently, with contractions that felt like small pressure. We headed to the hospital.

I was slightly worried when the doula I had hired to help decided to take the night off. My husband and I bravely looked each other in the eyes and decided that the Lamaze classes we had dutifully taken would do the trick. I would grasp his hand as he wiped my brow lovingly with a wet washcloth. We would do that cute breathing thing that they show in the movies. How hard could it be, really?

And then, transition labor hit.

All quaint ideas about being a warrior were pushed aside as a freight train began to rush through my body. The force was incomprehensible. It was so far beyond my ability to manage or control that I was stunned.

In the fight for my life between breaths, all I could think of was “Are you telling me that billions of women have gone through this and survived?” I could not believe that no one had told me that within the quiet throngs of mothers the world over, since the beginning of time, they had demonstrated Herculean strength. I was in awe.

Thankfully, transition labor did its job and my son Josh made his way into the world quickly.

The movies were right on this part — as soon as he was in the doctor’s arms, I felt elated, a gigantic rush of love and joy.

I had just run a triathalon, fought a war and created a masterpiece, all in a matter of hours.

All of that strength was inside, but it was totally different than I thought it would be.  Instead of carefully controlling the situation and believing I could power through it, I gave up in glorious surrender to the much larger heartbeat of Mother Nature. Surrender and trust were my pathway to doing the hardest thing I have ever done in my life.

We are all capable of so many things. We can endure challenge, tragedy and heartbreak and come out clearer, stronger and more loving on the other end.

Thanks again Molly for inviting me to be a part of your Blog Crawl of Self Love! I had fun reliving this story. The crazy thing is I did it again with my daughter Angela. 🙂 Check out all the wonderful posts written by fellow blog sisters and find out about Molly’s Fierce Love Course here: http://www.stratejoy.com/fierce-love-course/

12 Responses to “S is for Strength”