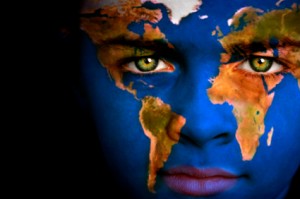 These days, even the smallest-scale entrepreneur working out of her home office in Boise, Idaho can have a circle of clients and partners from around the world.  She may have an Australian graphic designer create her logo.  She may  manufacture her product line in China.  She may hire technical developers and e-commerce experts from India.  She may have customers from Bolivia and Belarus.  But if interacting with global partners is all new to her, she may be missing some important communication skills.

Ten years ago, while working at a financial services firm, I cracked up when a smart and seasoned investment adviser told an assembled group of employees:  “There is a lot of talk these days that the world is getting more and more global.  I am here to ask you:  when has the world not been global?”

As a North American who has spent significant time living in different parts of the globe and working with large, multi-national corporations, I would like to offer some helpful tips for effective communication.  Although I have certainly met many well-traveled and sensitive fellow Americans, I have also seen my share of completely clueless lunkheads who embodied the term “Ugly American.”  Most of these were drunken college students on Spring break in Mexico.  But a few were seasoned executives who managed large, global organizations and who should know better.

If global business etiquette is really new to you, here are a few tips for effective communication:

In presentations and meetings:

Lastly, here are just a few common global stereotypes I have run across:

I have always bristled at the term “political correctness,” as applying these global etiquette principles is neither about being political nor being correct.  It is about showing respect and consideration to people that you interact with on a daily basis.   By doing so, I guarantee that you will expand your world view, and feel more connected and “related” to your global partners.

I would love to hear your tips for effectively communicating across cultures!

Filed Under: Building your personal and business brand