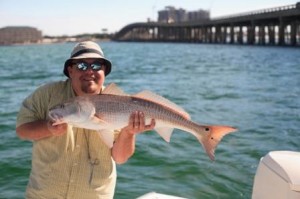 My Arizona buddy Pete just sent me the link to a really fascinating article by BusinessWeek online that chronicles the bold experiment by Best Buy to “smash the clock” and not require headquarter employees to observe any kind of fixed time schedule.

In my rant to CEOs awhile back, my point #8 was “Focus on the work people do, not how or when they do it.”  This is a concrete example of this philosophy in practice.

Excerpts from the article:

“One afternoon last year, Chap Achen, who oversees online orders at Best Buy Co., shut down his computer, stood up from his desk, and announced that he was leaving for the day. It was around 2 p.m., and most of Achen’s staff were slumped over their keyboards, deep in a post-lunch, LCD-lit trance. “See you tomorrow,” said Achen. “I’m going to a matinee.”

Under normal circumstances, an early-afternoon departure would have been totally un-Achen. After all, this was a 37-year-old corporate comer whose wife laughs in his face when he utters the words “work-life balance.” But at Best Buy’s Minneapolis headquarters, similar incidents of strangeness were breaking out all over the ultramodern campus. In employee relations, Steve Hance had suddenly started going hunting on workdays, a Remington 12-gauge in one hand, a Verizon LG in the other. In the retail training department, e-learning specialist Mark Wells was spending his days bombing around the country following rocker Dave Matthews. Single mother Kelly McDevitt, an online promotions manager, started leaving at 2:30 p.m. to pick up her 11-year-old son Calvin from school. Scott Jauman, a Six Sigma black belt, began spending a third of his time at his Northwoods cabin.”

It seems like this radically flexible schedule is having an impact on hard business metrics like productivity, employee engagement and turnover.  If indeed it is true and not hype, I am really encouraged and hope that some other companies try this approach.

Entrepreneurship is not for everyone, and for some, having a flexible schedule coupled with the perks of employment would be a good deal.

If you know anyone who actually works for Best Buy in this arrangement, I would be fascinated to hear from them.

Do you think it is hype, or would something like this have a real impact on your satisfaction level as an employee in a corporate environment?