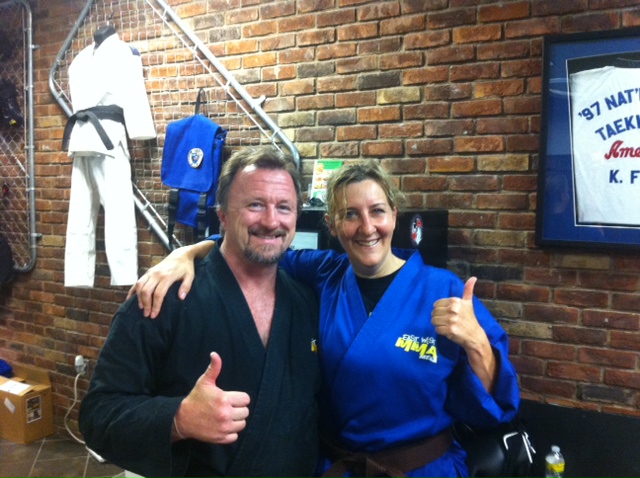 There was an eleven-year period in my life when I was known primarily as a fanatically dedicated martial art student, instructor, and youth mentor.

From the first time I stepped inside the Mission Dolores Gymnasium in San Francisco for my first capoeira class in 1987, I was hooked. I never missed a class in eleven years.

My life consisted of getting up early to go to work in a corporate job, peeling out at five o’clock to run to class, changing from a suit and nylons to capoeira pants and a tank top. Weekends were filled with classes and performances, and in later years, grant writing and administration for the youth program that we built. It was a side hustle before I even knew the term.

Due to the belt system in capoeira, (white, yellow, orange, blue, green, purple, brown and red) it took a long time to graduate levels. My last belt was green.

Then I got tired. Really tired. I needed to make a change for a lot of reasons, so I left behind the art I loved for new adventures.

Eventually, I moved to Arizona, got married, and had kids. There seemed to be no time left over for any kind of physical activity, and I would wistfully look at photographs of my old warrior self. Building my new business with Escape from Cubicle Nation took the place of the dedication I had to capoeira.

Then my son turned 5, and wanted to do martial arts. My friend Carmen Sognonvi of Urban Martial Arts in New York recommended East West MMA, where her husband had gotten help setting up his business with Master Kelly Fiori. She said they had an excellent kids program (which they do).

From the first time I walked in the school, I felt an overwhelming connection, that almost brought me to tears. I suddenly felt how much I missed training, fighting and sweating in a strong school that had a family environment.

So I decided to enroll myself. 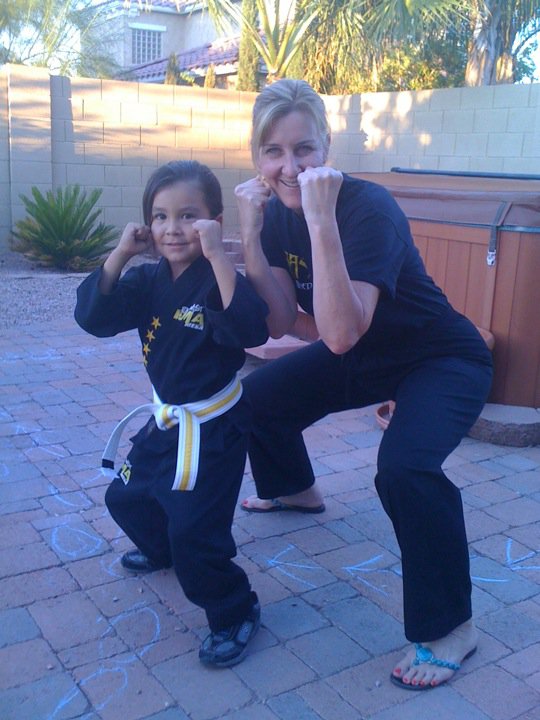 The first few months were frankly humiliating. I was out of shape, and totally awkward. All my years of being a leader and an advanced student in martial arts were totally irrelevant, as I started over with a 43-year old post-two children body.

At first, I didn’t care at all about the belts. Just working out was enough, and being back in the martial art environment. So I kept training consistently, and slowly moved through the ranks. 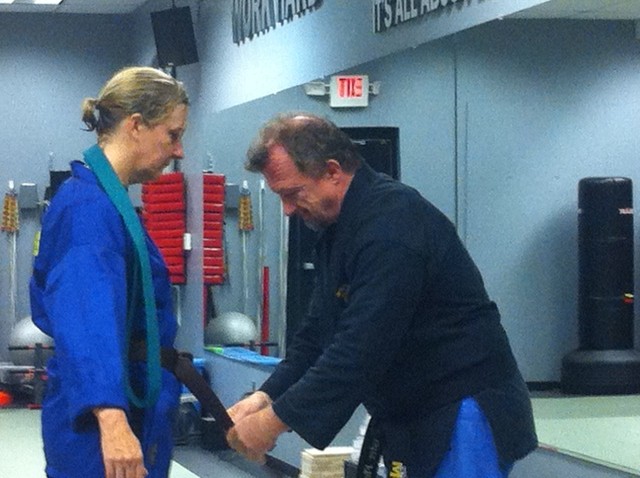 Yesterday, my rank was green, the same color that I had been in my final stages of capoeira. Last night, I passed my test for brown belt. When Mr. Fiori tied my new belt on, I had tears in my eyes.

I reflected on my whole journey as a martial artist. 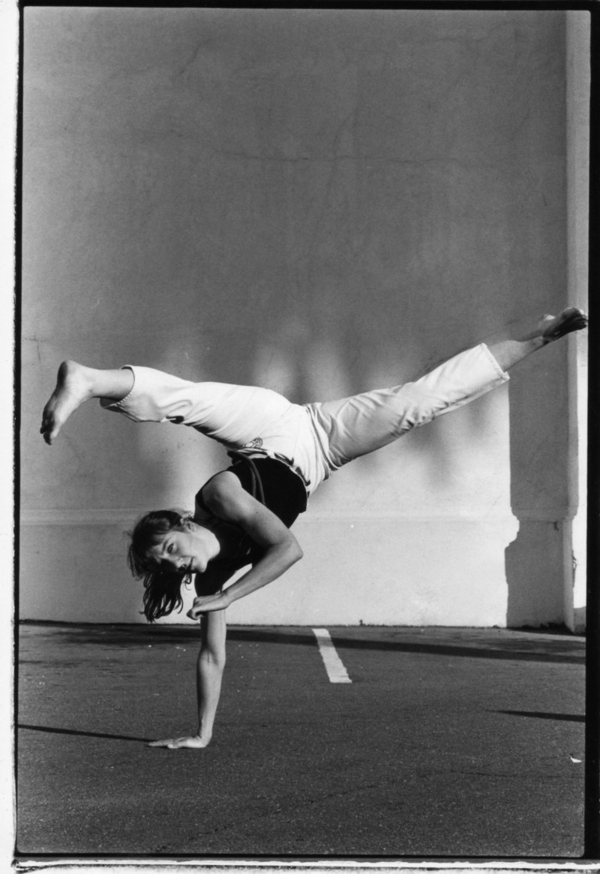 The pain. The sweat. The tears. The joy. The fear. The growth.

And I became so thankful for everyone around the world who created, developed and practiced all style of martial arts.

The masters in China, Korea, The Philippines, Indonesia, and Japan and all their students.

The original African warriors who brought their arts to Brazil, and used it to help others survive the brutality of slavery.

Mestre Bimba and Mestre Pastinha  for the work they did to grow and spread the art of capoeira in mainstream Brazilian society, and their students who spread it across the entire world.

The Gracies  who helped explode Brazilian Ju-Jitsu throughout the world.

Bruce Lee, Jackie Chan, Chuck Norris, and yes, even Steven Seagal for awakening our excitement for martial arts on the silver screen.

Martial arts are about so much more than fighting — they provide a framework, a clear and concrete path to understand yourself.

How you train is how you live

Which is probably why my time back in martial arts has inspired so many blog posts.

My brown belt last night does not mean I can’t get my ass whooped by someone bigger or stronger or faster. I am not the same person at 45 that I was at 25.

What it does mean is that I am committed to the warrior’s path. I believe in strength. And honor. And hard work. And mastery.

And if anyone threatens to harm me or my kids, I will open a can of whoopass. 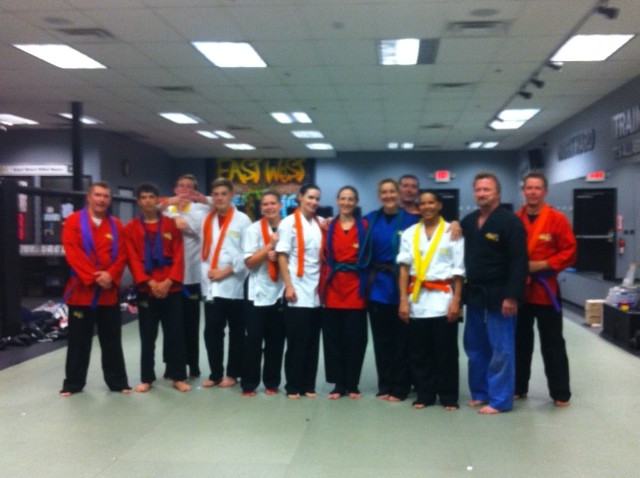 Thank you so much Mr. Fiori for being such a great and patient teacher. Thank you to my East West MMA family for being such an amazing team and bringing out the very best in me. And thank you Master Preguica and all my capoeira family from Omulu Capoeira for always keeping your art alive in my heart. Axe (blessings, peace and joy).

24 Responses to “A very personal victory”