The only thing worse than beginning … is beginning again 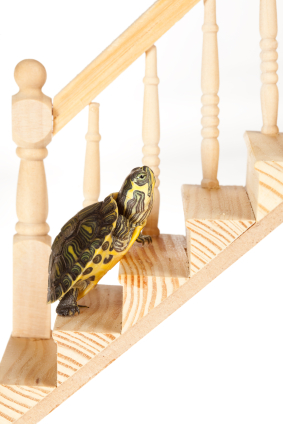 I have spent the last seven years helping people start things, usually businesses. There are so many fears and doubts that get in the way of beginning something new, but when people overcome them, there is nothing quite like it.

Starting something is hard. But starting again, after success, is even harder.

Ze Frank just made an amazing video that gets to the heart of this phenomenon.

My love affair with ZeFrank’s brain has a long and sordid history, much like my obsession with John Legend.

He popped on the scene with a funny little video teaching people how to dance properly. And then he became an “Internet Sensation” and even spoke at TED, twice.

He was big, very big. And his Internet show was enormously popular.

Then he stopped his show, chilled out from the main stage for awhile, and worked on a variety of creative projects.

I met him twice in person, and basically acted like a young schoolgirl meeting Justin Bieber. I am not sure, but I may have screamed.

The reason I love him so much is because he mixes his true creative genius with enormous heart and honesty. That is pretty rare.

Beginning again, after success and recognition, is pretty hard. Maybe that is why I have been challenged with finishing my new book proposal.

(Here is the direct link to the video on YouTube: http://www.youtube.com/watch?v=RYlCVwxoL_g )

This has some Not Safe For Work language, so beware if you are blasting this in your cube.

It is so worth it!

And thanks Jeff Moriarty for sharing this video with me.