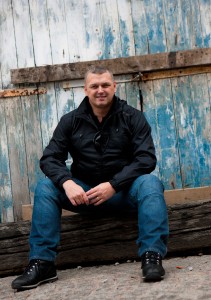 Today’s interview is a fascinating one with the hyper-creative and talented Glen Southern.

Glen is an artist in the UK who had worked on his side hustle since high school, finally leaving senior management at a retailer to pursue his 3D digital modeling business.

What was your former day job?

For most of my adult life I worked for Tesco in the UK (the worlds third largest retailer) in a range of senior management positions. I had a variety of roles ranging from running stores, setting up and being part of the opening team for new builds and more recently I spent time working regionally, training and coaching other managers. The company grew at a tremendous rate through the 1990’s with stores in the UK, Europe, Asia and out to Japan. They currently have over 440,000 employees. Most of my qualifications are in this sector (Manchester Business school, Retail management degree) and totally unrelated to my side hustle.

Since my early teens I had been able to make money from selling my artwork. After college I started a career in technical drawing in a steel work drawing office. Outside work I would take on freelance jobs including illustrating for magazines and games companies. At that stage it was little more than a hobby but it could be lucrative in short bursts. That eventually led me to creating art with computers and into the realm of CGI (computer generated imagery). I purchased my first house in my teens and went looking for more money. The retail job landed in my lap and I was hooked. Whilst I kept up the artwork as a hobby my retail career was my focus back then and I went headlong to reach senior management. 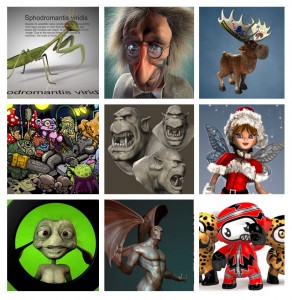 My creative side never settled. In 1999 I was lucky enough to be introduced to a piece of software called ZBrush made by a company called Pixologic. ZBrush is a digital sculpting package that allows an artist to build an extremely detailed model in 3D space and then texture it. It wasn’t that well know then but subsequently it has been used on 100’s of the best known films of the last decade from the second Lord of the Rings film right up to Avatar and Tron Legacy. My side hustle allowed me to develop from 2D illustrator into a full blown 3D digital modeler.

My retail career gave me the stability and security but not the creative outlet I needed. By 2006 I had worked remotely on films, TV, advertising, games and web based projects. I had made training DVD’s with a publisher in Texas and had even been out to game studios around the UK to train people to model. All of this was being done in my spare time, my days off, on Sundays and holidays and it was taking its toll.

No I didn’t. I felt that I couldn’t. Not many people knew that I had such a thriving freelance career running parallel with my retail management career. A few close colleagues and some of my trusted staff knew I had artistic interests and every now and then someone would spot a DVD on amazon that I’d done or find a link to my work online. Hiding the artistic side of my nature was hard as I have a real need to draw all the time. I carry a moleskin sketchbook everywhere I go and it’s always getting used: and of course there was the times in front of a flip chart! If I had discussed the amount of work I was getting with anyone more senior I would have had my commitment called into question. So rightly or wrongly I kept quiet.

My wife Pam (yes, another important Pam in my life!) had gone through a similar thing in her career some years earlier. She is a career HR professional and she had spent 15 years in the same company. At the time my income was a lot higher than hers and it made the transition easier (at least financially). Having seen how Pam dealt with it gave me confidence that we could do it and although it would mean juggling finances for a while it was looking like a very real prospect.

We were looking to move house to help with child care arrangements and we’d made the decision to find a house with a suitable double garage attached that could be converted to a studio. I found a nice place that backed onto woodland with the right sized garage and promptly paid a builder to convert it for me. I was coping well with both the retail career and my freelancing and I was getting a good income from training DVD’s.

In 2006 I agreed to do a presentation in LA at the Gnomon Workshop (Visual effect training facility) doing a live ZBrush session. It was all planned and flights were booked when I received what I thought was a spam email. After making a few calls it became clear that it was no hoax:

Hi there. My name’s JJ Abrams, I’m a tv/film writer/director living in Los Angeles (I co-created Lost, a tv series which I know is also airing in the UK now). I’m also a ZBrush user, and a fan of yours. I just wanted to say CHEERS and WOW. You are really a brilliant artist — and your desire to share technique is deeply appreciated by the likes of me. It would be fun to work together some day. Have a wonderful holiday season and keep up the inspiring work! Best, JJ

The chances of me being in LA in the month I receive an email of that importance can’t be underestimated. I made the call. I arranged to meet with him at Paramount studios where he was editing Mission Impossible 3. It was about then that I realized things weren’t going to be able to carry on like this.

Even though I’m a confident person outwardly, everything scared me about this. I was scared of losing my house, my pension and my lifestyle. I had a company car, regular executive options and a considerable yearly bonus. We had a really good standard of living with three holidays a year and I didn’t want to put any of that at risk. I was struggling with the very real fact that I couldn’t keep juggling two intense careers. Whilst I was still delivering my agreed KPI’s in the day job my morale was so low that I struggled to even turn up everyday. By now my heart wasn’t in it anymore and despite still loving to coach and develop people the core of the job was simply not interesting to me. At my annual appraisal I agreed to relocate to somewhere nearer to home in the hope that a change may spur me on. It didn’t. I left the meeting and within three days I came to a point where I had to do something about the situation. So I left. I took some time out to assess what was right for me but deep down the decision was already made. I really struggled to get it straight in my head in the first few weeks but very soon it began to feel right. I discussed it with my company and negotiated how I could leave. Within 6 weeks I had a limited company up and running and within 6 months I was totally confident that I’d done the right thing.

Looking back now I can honestly say it turned out well. My commitment was so low in the day job by the end that I was not doing anyone any favors by being there. Also, I wasn’t creating much decent art because of my lack of enthusiasm. It was a very different feeling once I had resigned. After setting up I took some time to build a 3 year plan and then dived right in. I read as much as I could about setting up a successful limited company and starting out as a freelancer. I researched personal branding (a subject I’m still learning about daily) and as much as I could about marketing. Even though I’d been doing the work for years it was going to be a whole new ball game doing it every day and being on my own for the first time. I was used to being surrounded by a team, having managers to delegate to and colleagues to turn to for advice. 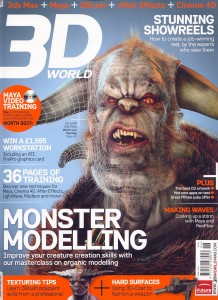 I hooked up with a visual effect company I’d worked with called SparkleVFX. That gave me the stability I needed to launch my new career. The first contract as part of that team was producing a range of VFX for a 360 degree Beatles immersive installation for the new Museum of Liverpool. At the same time I started working with Justin Bates (http://www.justinbates.com/home.html) on a SKY Creative project for the new Premiere League football season. My part of the project was to build a large animation-ready golden Lion and it fitted my style perfectly. I managed to get on the cover of 3DWorld Magazine in June and I’ve written articles for them every month since.

I’ve learned a lot in a very short space of time and I have made a load of mistakes. The biggest thing I think I would pass on is that how ever bad you feel things are in your corporate life, make sure that what you are moving to is viable. Sense check it with people who know. The stress you may be suffering in your career now could easily be replaced by the stress of having no income and that then spills over to your family. More stress and guilt if that happens. That isn’t intended to put people off but you can get carried away with the excitement of your hustle and you may not be thinking straight. Get a lump sum of working capital in a bank account. The transition time can be rocky financially but if you are prepared for that it isn’t such a big deal. As the work starts to come in you can stop dipping into the fund and maybe invest it better.

Wow, thank you so much Glen for such a detailed and interesting interview! I am sure it will help a lot of people, especially artists.

11 Responses to “Side Hustle and Flow Interview Series: Glen Southern”