From lawyer to baker: Lessons on passion, listening and cake with Warren Brown 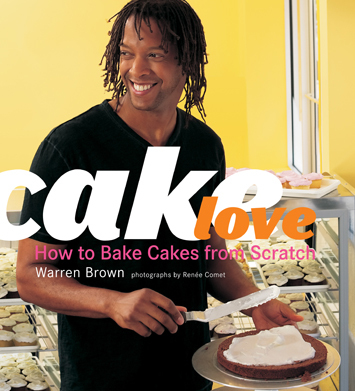 If you had been a fellow passenger on the Green Line train in Washington DC, looking at handsome young lawyer Warren Brown staring out the window, you may have thought he was composing his next great novel, or thinking about scaling Mt. Everest. Instead, he was formulating a new recipe for chocolate cake:

“Dry chocolate cake is a no-no not to be tolerated. So I thought of coming at it from a unconventional angle. I decided to not use butter and boiled water in the batter, but use cream instead to deliver hydration and fat to the cake simultaneously. I scribbled the hypothesis on a notepad, raced off the train, mixed and panned the batter within twenty minutes, and use the same recipe to this day. It’s the New German Chocolate cake, where cream and cocoa combine to make a dense chocolaty cake that is paired with a coconut & vanilla infused buttercream.”

Warren’s cake dreams turned into a baking “side hustle,” which occupied all of his time outside of his busy law career. He slowly built his baking business to the point where he was able to quit his day job and open a bakery, Cake Love, in Washington D.C. Fast forward nine years and Cake Love has seven locations, and Warren has written two books, Cake Love: How to bake cakes from scratch, and United Cakes of America, with a third in the works.

Listen in on our 40-minute podcast where Warren discusses the hard work required to turn a passion into a business, and a start-up into a solid brand, and why entrepreneurs have to be a bit crazy if they want to succeed.

You can see more of Warren in action in the short ad that my friend Erik Proulx (of Lemonade fame) recently did for Dell Computer: (YouTube link here: http://www.youtube.com/watch?v=LPN2br5YY4g)

9 Responses to “From lawyer to baker: Lessons on passion, listening and cake with Warren Brown”