A Christmas tale I have never forgotten 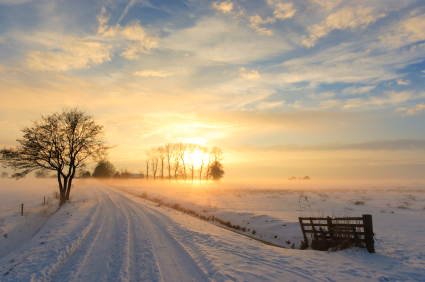 My Dad was leaving the office of his first job as reporter/photographer/sports editor/weatherman at the Roseville Press-Tribune, driving his 1954 Mercury Sedan to his parent’s farm house for dinner.

It was bitter cold outside.

He was going 40 or 50 miles an hour down the road just outside of Roseville when he saw a couple huddled by the side of the road, hitchhiking. The woman was clutching a small bundle that he realized when he sped past was a baby.

About a thousand yards after passing them, he pulled off the side of the road, hung a u-turn, and went back to get them.

They climbed in his warm car gratefully, and snuggled against the back seat.

“Where are you going?” my Dad asked.

“To Oregon,” the father said. “They are still picking fruit up there, so we are going to get some work.”

My Dad looked out the windshield at the frigid night, and started the car back down the road.

He pulled in the parking lot of a bowling alley where he knew the owner.

“Stay here for a second, I will be right back,” he said.

He went inside and cashed his bonus check at the bar.

He got back in the car, and drove to the Greyhound station, where he purchased two one-way bus tickets to Portland. The tickets came to just about $25.

With some spare bills in his pocket, he got some food at the snack bar and brought it to the couple.

The mother was overwhelmed with emotion.

He waved goodbye, and drove to his parent’s house with a good feeling in his heart.

“Although that $25 was a lot of money at the time, I didn’t really need it,” he told me years later. “I was on my way home to a warm house and big Christmas Eve dinner.”

Merry Christmas from my family to yours! May you receive the help you need just when you need it the most, and may you give help at the moment in which it is most needed.

36 Responses to “A Christmas tale I have never forgotten”