So far we have profiled Chandoo, Willie Jackson,  Dan Schawbel and Laurie Gay. 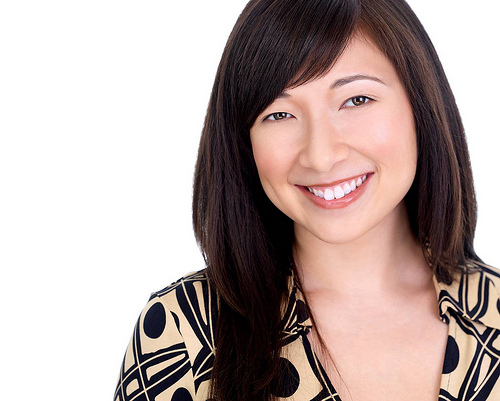 What was your former job?

After college I spent a few years working in marketing and ad sales, realized I was a terrible salesperson, and by accident stumbled into the magical world of executive assistant-ry. For someone like me who had a side hustle, it was an ideal job — the maximum amount of income for the minimum amount of work.

(That’s not to say people in this profession don’t work hard. I know executive assistants that work 80- to 100-hour weeks. It’s just that I deliberately screened for firms that weren’t expecting crazy hours from me that I wouldn’t be able to commit to.)

I worked as executive assistant to the publisher for Town & Country magazine — the bible for wealthy WASPs — for a few years. Then I made a jump to being an executive assistant at D.E. Shaw, one of the 10 largest hedge funds in the world. (In other words, my day jobs couldn’t be more different than my side hustles!)

Oh, and along the way I was also hostessing at restaurants here and there because for a workaholic like me, one day job just isn’t enough!

I actually ended up having two side hustles.

Side hustle 1: Around 2002 I got really involved in work around race and racism. Along the way I started a few blogs, including Racialicious and Love Isn’t Enough, hosted a podcast called Addicted to Race, and did a lot of speaking engagements and consulting work through my company New Demographic. I also ended up doing a lot of media commentary on issues related to race, appearing in/on everything from CNN to The New York Times.

Side hustle 2: In March 2008 my husband and I opened Urban Martial Arts, a martial arts school in our neighborhood in Brooklyn. Serge had been studying martial arts for 20-odd years and it had always been his dream to own a school. He handled the martial arts side of things and we worked on operations and marketing together.

A lifetime ago? 🙂 I’ve been grinding for a LONG time.

I worked on the race stuff for a total of about 8 years: from 2002 to 2010. Of course, I never started with the intention of building a business or making a living at it — it was just something I was really into.

Urban Martial Arts was a much quicker process. Serge quit his day job 6 months into it, and I quit mine about one and a half years into it.

My boss at Town & Country was only vaguely aware of it. I didn’t exactly hide it, but I didn’t really talk much about it either.

When I joined D.E. Shaw they were aware of it from the start. They had an interesting recruiting strategy for admin staff, where they would deliberately hire Ivy League grads who had “other agendas” (their term) like writing, acting, other arts but who needed a steady day job. My bosses were pretty supportive and cool about it.

It was getting really hard to juggle everything. I was using all my vacation days for speaking engagements, and it started getting a bit difficult to get the time off that I needed. Plus I was just exhausted.

Towards the end I was also pregnant, so I’d be getting on the train at 6 am with my huge belly, working at the hedge fund from 7 am to 4 pm, then shlepping all the way to Brooklyn and working at the martial arts school till 10 pm. And in-between I managed to squeeze in blogging and doing media interviews too. Thinking back, I’m not really sure how I managed it all.

Losing my cushy hedge fund salary was definitely a scary thought. Along the way Serge had quit his day job too, and he was nervous about me quitting mine. Also, this may sound weird but I’d been working so many jobs/side hustles for so long that the idea of dropping a major portion of my workload was weird to me. I almost felt like I was becoming lazy, like I was getting soft.

It turned out great!

One thing that took me by surprise was that I ended up quitting side hustle 1: the race work. It took me a long time to admit it to myself, but my passion for the topic was dwindling as my passion for running Urban Martial Arts was increasing. So in January of this year I called it quits, passed the torch to a few of my talented colleagues, and am fully focused on Urban Martial Arts now.

I’m also really grateful that I was able to quit my day job just as my daughter was born, which allowed me to stay with her almost full-time for the first year of her life. When we weren’t at home together, she was with us while we worked at the school. That’s a luxury many parents don’t have, and it’s a privilege I don’t take for granted.

Another surprise benefit was this: The fact that we could no longer rely on our day job income meant that we really had to get our act together in terms of our personal finance. That area of our lives is definitely still a work in progress, but I’m really proud of how far we’ve come.

I’m working full-time as owner and general manager at Urban Martial Arts. After what felt like a lifetime of juggling multiple jobs and side hustles, it’s really refreshing to be able to do just one thing and give it my all. I absolutely love what I do and the life I get to lead.

Keep your day job for as long as you possibly can. There’s nothing romantic or fun about being broke, so until your business is generating enough income for you to live off of, keep working there.

Financially speaking, I probably could have quit my day job sooner than I did. But I made a decision to work there a little longer so that I could have more of a financial cushion. Of course, how large of a cushion you need is very much a personal decision.

I love how Carmen demonstrates that you do not have to be stuck in one business forever if you find your passion wanes — you can harness all the learning and experience into a new business that fires you up.

Thanks for your amazing leadership Carmen!

13 Responses to “Side Hustle and Flow Interview Series: Carmen Sognonvi”