How not to get old, jealous and bitter once you are famous 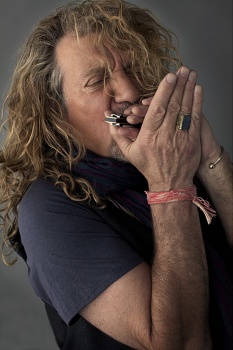 I read a fantastic interview with Led Zeppelin member Robert Plant, conducted by Larry Rogers  in the Arizona Republic on July 16. The full interview is here.

Plant, who is coming to Arizona to play with Patty Griffin in advance of a new album dropping in September, described his current musical path.

Instead of touring under the legendary name Led Zeppelin, he chose Band of Joy. His reasoning:

Q: Why did you choose the name of a band from before Led Zeppelin for this project?

A: When I was a kid in the original Band of Joy, I wore my musical heart on my sleeve, and I really kicked ass, and that’s kind of how I teamed up with Jimmy Page back then. I stepped out of the rank and file of performers.

I’ve kept my vision of what . . . Led Zeppelin was, from album to album, in everything I’ve tried to do before, during and after that big time in my life.

So when I got to playing with Buddy on the Alison Krauss tour, I began formulating an idea of going back to how liberated I felt when I was 17, 18, 19 years old.

He also talks about his musical inspiration:

Question: What is it about American roots and folk music, much of which has its foundation in the British Isles, that appeals to you?

Answer: Hill music, whether you’re in Bulgaria, Wales, Scotland, Tennessee, there seems to be something about the altitude that keeps the music rarefied, like the air up there.

You can hear beautiful refrains and scales, which in some places are almost locked away like treasure from times gone by. I hear . . . the remnants of what this island had to offer many, many years ago, before Tin Pan Alley arrived.

I hear its ricochet through the southern states of America. It’s plaintive and touches a great place for me, a kind of nerve which inspired me and (guitarist) Jimmy Page when we wrote bits of “Led Zeppelin III” and we were touching on “Babe I’m Gonna Leave You” on “Zeppelin I.”

I never thought about Hill music. I do now.
Here is what I learned from his example that applies to all of you, once you get rich and famous:

So often, those who finally attain fame, wealth or exposure try to desperately hold on to what they have. It is a losing battle. Crazy luck, perfect timing and divine intervention combines with hard work to deliver breakout success.

Real success comes from feeling joy in the process of creation.

11 Responses to “How not to get old, jealous and bitter once you are famous”