The beauty of dirty laundry 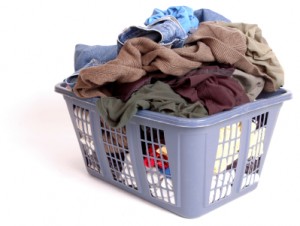 At the management conference I attended in Pärnu, Estonia last week, we had a speaker from Denmark, Morten Lund,  a long-time entrepreneur who had, among other things, made good money investing in Skype.

As he launched into his presentation, he said:

“I have founded over 88 startups. And at the moment, I am bankrupt.”

Due to a failed investment in a newspaper business in his native Denmark, he had lost a lot of money.

But, he said, he actually was feeling quite good. He was spending lots of time with his four kids, whom he obviously adored.

And he remained passionate about entrepreneurship, saying that risk is a huge part of working with startups.

This news first came to light publicly at LeWeb in 2008, when he shared his story very openly with Loic Lemur:

Most people would do just about anything to avoid talking about personal failure. You can see Loic squirming a bit with the directness and honesty in the conversation.  We are not used to airing dirty laundry in public, and hearing it can make us uncomfortable.

Many entrepreneurs become paralyzed by it, even before starting their business:

“How can I coach if everyone knows I struggled with alcoholism?”

“How can I give others financial advice if I still carry debt?”

“How can I write about parenting teens if my child attempted suicide?”

It is scary as hell to talk about failure.

But a better question to ask yourself than:

When you focus on meaning made in the world as a result of your work, bumps along the way must be part of the picture.

There is no shame in failure, only anxiety in keeping it hidden.

If you have failed, welcome to the human race. Please don’t let that stop you from starting a business.

27 Responses to “The beauty of dirty laundry”