Warning: teaching our kids about the world is "un-American" 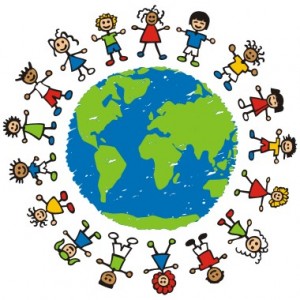 I normally keep my personal, non-entrepreneurial rants out of this blog.  But when I read the front-page story “Global studies bid dies” in the Arizona Republic, I could not keep my astonishment to myself when I read some quotes from our Arizona legislators.

The bill, sponsored by Rep. Mark Anderson from my hometown of Mesa, “would have put three K-12 schools in the northern, central and southern parts of the state, where kids would begin a second language in kindergarten, and set up new international programs at seven high schools.  Big business and universities pledged to partner with the schools.”

As someone who has benefited tremendously from international and cross-cultural studies (I lived abroad in high school in college, and speak Spanish, French, Portuguese and am learning Navajo), this sounded like a great idea.  I was appalled at my own education when I got to my first class at a Swiss high school as an exchange student and realized that my Swiss counterparts not only spoke at least 3 languages, but knew more about American geography and history than I did.

In the working world, I have found that knowledge of other languages and cultures has benefited every aspect of my business.  I was able to build trust, credibility and rapport with my non-USA peers very quickly when we were able to switch back and forth between languages.  Living in diverse metropolitan areas like San Francisco and Phoenix, I was able to understand and connect with first, second and third generation immigrants in a more profound way, since I had studied and lived in their parent’s and grandparent’s land of origin.

Apparently, my education is more dangerous than I thought.  Senator Karen Johnson, also from Mesa and chairwoman of the K-12 Education Committee, never let the proposal out of the committee.  Instead, she brought in Allen Quist, a professor from Bethany Lutheran College in Mankato, Minnesota to “educate lawmakers on the dangers of a popular international studies program, the International Baccalaureate.”  Says Quist:

“The International Baccalaureate is un-American.”  “It teaches students to see the American system of government as one of many, not as the only one that protects universal and God-given rights to property, to bear arms and free speech.”

I wonder how Quist and Pearce would feel about a favorite tee-shirt of my Navajo in-laws (especially given their affinity for God-given rights to property):

Update:  For those that asked about where to find the tee shirt, here is where I found it online.

Am I the only one to think that limiting the next generation’s access to information about the rest of the world is beyond ludicrous in today’s global economy?

25 Responses to “Warning: teaching our kids about the world is "un-American"”