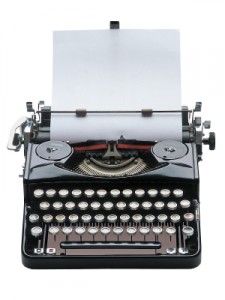 I have been reading about the death of newspapers for sometime now and have seen the decline myself by anemic daily editions that land at my doorstep.  But it wasn’t  until I read the following line in Seth Godin’s book The Dip that I got nostalgic:

“If you work at a big-city newspaper, you can see that there’s no light at the end of that career-choice tunnel.  Circulation is dropping, and it’s going to drop ever faster.  Most papers have little chance of replacing their traditional businesses with an online alternative.  As a result, every day at most papers is going to be just a little bit worse than the day before.  Every day you stay is a bad strategic decision for your career because every day you get better at something that isn’t that useful-and you are another day behind others who are learning something more useful.  The only reason to stay is the short-term pain associated with quitting.” (p. 55)

I grew up in the San Francisco Bay Area, which is home to the San Francisco Chronicle, or what we affectionately call “The Chron.”   In its heyday, The Chron had a host of colorful columnists like Herb Caen, Charles McCabe (“Any clod can have the facts, but having opinions is an art”) and Art Hoppe.  What they wrote could not be considered one-way journalism, as they were tapped into the heart and soul of their community.  Their tips and comments came from hand written letters, or, even better, by catching their ear in person at any number of local watering holes like the Washington Square Bar and Grill (otherwise known as “The Washbag”).  It was considered a great honor to be quoted in Herb Caen’s column, a feat accomplished by my own mother, who hand wrote a note to him during the controversy over the renaming of the Orange County Airport in 1979 (“They are not going to be able to name it the John Wayne Airport since they would have to remove all the left wings on the planes!”)

Some advocates of social media celebrate the fall of traditional, “elitist” journalism, citing the open, free and democratic ways of blogging and citizen journalism.  “I can swear, dammit, and there is nothing you can do about it!”  “Watch me publish a piece with a typo and fix it 2 minutes later!”  “I can build up a readership of tens of thousands while your monolithic, dinosaur organization shrinks and shrivels.”

Here is the sad part.

There is beauty, grace, grit and skill in good journalism.  I don’t imagine that most bloggers have had to contend with a cantankerous editor who rips holes in first drafts of stories, nor with the intense heat to produce smart, interesting and relevant work with crushing deadlines.

Journalists have a strong grasp of language, know why to avoid dangling participles, know the difference between complement vs. compliment (thank you Matthew Stibbe) and never confuse their active and passive voices.

Undoubtedly, some take an elitist attitude and think that they are the only people qualified to report the news.  But many, even most, have a strong spirit of pride and true love of a good story.

So while the medium of print journalism is on the decline, I like to think that the profession of journalism will be resurrected in a new and useful way.

“One Chronicle staffer who did not want to be identified said departing workers received ‘no acknowledgment, not even a sheet cake, from the managers. No thank you notes. No speeches. Everything but armed security guards. It’s ugly.'”

How disappointing to think that this is how we are sending off friends who scoured the hills and back alleys of San Francisco looking for stories, who spurred lively discussions between spouses and kids over bowls of Wheaties and who spent years of their life drinking strong coffee and pulling their hair out so they wouldn’t miss a deadline.

I try not to get too nostalgic when industries ripen and change, since I think it does a huge disservice to employees who remain, who, instead of preparing for the next stage of their career, become bitter and resistant.

But I can’t help but feel that we are cutting off a vital appendage by dismissing all traditional journalism as “last century.”

No matter how excited I get with an incoming link from Guy or Hugh or Kathy, my parents are still most impressed by a page 14 mention in The Chron.

I appreciate the smell, feel and spirit of a really good story told on newsprint.

So thank you, journalists, for slogging it out in increasingly unbearable news rooms.  There is light at the end of the tunnel as we will always need good writers to explain, shape and give context to our daily lives.

10 Responses to “Ode to print journalists”