Developing your entrepreneur chops? Get comfortable with tough feedback 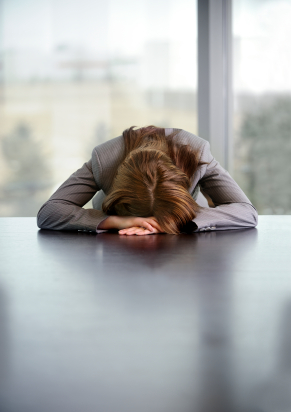 The first time you get tough feedback as a new entrepreneur, it can really kick you in the gut.

Most of us learn to accept feedback reasonably well working for a big company.  If you are a salesperson and someone hates your product, it may not feel great, but you probably won’t lose sleep over it.

When you work for yourself, any critical feedback about your business can feel like a personal attack.

It will destroy you if you let it.

Gathering up the courage  to leave your corporate job and start a business may feel like your biggest emotional challenge as a new entrepreneur.  Once you leave, it feels euphoric when you see your well-laid plans come to fruition and people actually buy your products or services.  But somewhere down the line, you will be blindsided by some brutal, direct and very tough feedback.

It may come from a customer who is very unhappy with your service.  Or from an employee who tells you what they really think of your management skills.  Or a reviewer that pans your product.

Most people have one of two reactions:  get angry or curl into a fetal position.  Neither will be helpful to you as an entrepreneur, because you have to invite feedback and criticism if you want to grow a viable business.

Here are some ways to handle it:

The bigger you choose to play in the world, the more negative criticism you will receive.  If you learn to deal with it gracefully, nothing will stop you from accomplish your goals.

25 Responses to “Developing your entrepreneur chops? Get comfortable with tough feedback”